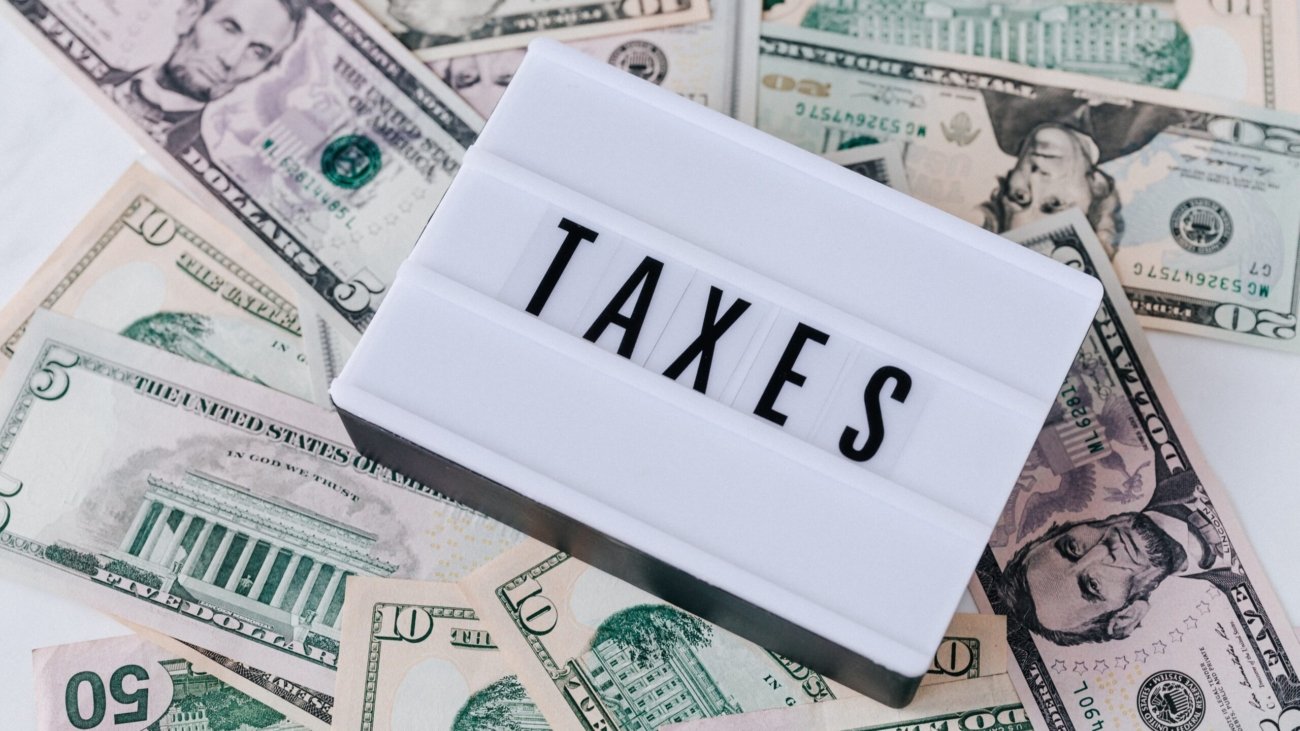 The Child Tax Credit (CTC) is a tax benefit granted to American taxpayers for each qualifying dependent child. Designed to help taxpayers support their families, this credit has been greatly expanded by the American Rescue Plan Act of 2021. It is estimated that the new rules will reduce by 45% the number of American children living in poverty.

The child tax credit decreases taxpayers’ tax liability on a dollar-for-dollar basis. The recent legislation increased the maximum annual credit from $2,000 per child (under age 17) in 2020 to $3,000 per child (under age 18) or $3,600 (children younger than 6) for 2021. While the 2020 credit was partially refundable, the 2021 credit is fully refundable. In addition, the 2021 child tax credit will be distributed to eligible taxpayers in advance payments on a monthly basis, from July 15, 2021 and parents don’t have to owe taxes to receive it.

The American Taxpayer Relief Act of 2012 increased the CTC from $500 per child to $1,000 per child. It also temporarily extended the provisions of the American Recovery and Reinvestment Act of 2009 (the anti-recession stimulus package) that reduced the earnings threshold for the refundable CTC from $10,000 (adjusted for inflation starting after 2002) to $3,000 (not adjusted for inflation). The Bipartisan Budget Act of 2015 made the $3,000 refundability threshold permanent.

The Tax Cuts and Jobs Act of 2017 doubled the CTC for children under 17 from $1,000 per child to $2,000 per child, effective in 2018. The refundable portion of the credit was limited to $1,400 per child. The refundable amount was indexed to inflation, but as of 2020, inflation had not increased enough to trigger the minimum increase. The legislation also allowed dependents who did not qualify for the $2,000 credit to qualify for a nonrefundable credit worth up to $500. The legislation is temporary and expires after 2025. At that point, the credit for children under 17 will revert to $1,000 per child, and other dependents will no longer be eligible for a CTC.

Who is Eligible for Child Tax Credit ?

To be eligible for this benefit program, the child you are claiming the credit for must be under the age of 17. A qualifying child must be a son, daughter, foster child, brother, sister, stepbrother, stepsister, or a descendant of any of them (for example, your grandchild, niece, or nephew). An adopted child, lawfully placed with you for legal adoption, is always treated as your own child.

The American Rescue Plan increased the Child Tax Credit (CTC) for 2021. Tax filers can claim a CTC of up to $3,600 per child under age 6 and up to $3,000 per child ages 6 to 17. There is no cap on the total credit amount that a filer with multiple children can claim. The credit is fully refundable – low-income families qualify for the maximum credit regardless of how much they earn. If the credit exceeds taxes owed, families can receive the excess amount as a tax refund.

Only children who are US citizens are eligible for these benefits. The credit phases out in two steps; First, the credit begins to decrease at $112,500 of income for single parents ($150,000 for married couples), declining in value at a rate of 5 percent of adjusted gross income over that amount until it reaches pre-2021 levels. Second, the credit’s value is further reduced by 5 per-cent of adjusted gross income over $200,000 for single parents ($400,000 for married couples)

In 2022, the credit is set to revert to its prior-law levels. Under those rules, which were established by 2017’s Tax Cuts and Jobs Act (TCJA), taxpayers could claim a CTC of up to $2,000 for each child under age 17. The credit would decrease by 5 percent of adjusted gross income over $200,000 for single parents ($400,000 for married couples). If the credit exceeded taxes owed, taxpayers could receive up to $1,400 as a tax refund known as the additional child tax credit (ACTC) or refundable CTC. However, under the TCJA rules, the ACTC would be limited to 15 percent of earnings above $2,500, which means filers with very low income could not claim the credit or they could claim a reduced credit.

The TCJA also created a $500 credit available to any dependent who is not eligible for either the $3,600 or $3,000 credits for children under age 18 (or under prior law, the $2,000 CTC for children under 17). Before 2018, these individuals would not have qualified for a CTC but would have qualified for a dependent exemption, which was eliminated by the 2017 Tax Cuts and Jobs Act (TCJA). Dependents eligible for this credit include children age 18 (and age 17 under the TCJA rules) and children ages 19–24 who were in school full time in at least five months of the year. Older dependents (which make up about 6 percent of dependents eligible for the CTC) as well as some children who are not US citizens qualify for the $500 credit, referred to as the other dependent credit on tax forms

How much you can get per child

The IRS will use your most recent tax return to determine how old your dependents are and how much of an advance to send you each month. Remember, the advance is only equal to half of the total credit and is coming in six monthly payments that started in July and will go through December. You can claim the balance of the credit on your 2021 tax return.

How and when the advance payments will arrive

The IRS automatically enrolled families it considered qualified for the CTC into the advance payment program. The installments are distributed via direct deposit or mailed as a paper check (depending on what information the IRS has on file for you — usually your latest return).

The remaining 2021 advance payments will be made on the 15th of each month, unless the 15th falls on a weekend or holiday. The next — and last — payment is currently scheduled for Dec. 15.

How the child tax credit will affect your taxes

The child tax credit can reduce your tax bill on a dollar-for-dollar basis. It is also refundable — that is, it can reduce your tax bill to zero, and you might be able to get a tax refund check for anything left over. However, if it turns out the IRS overpaid your child tax credit, you may need to true that up on your tax return at the end of the year. This could happen if your financial or personal circumstances have changed since your most recent return, including your filing status, income, custody arrangements or residency status.

To qualify for the 2021 child tax credit – and, therefore, for the monthly payments – your child must be 17 years old or younger at the end of the year. That’s actually one year older than what was permitted in previous years. So, if your kid turns 17 in 2021, you get to claim the child tax credit for him or her one more time. But if your child is 18 or older at the end of this year, you can’t claim the credit or receive monthly payments for him or her.

Assuming you’re otherwise eligible, you can claim the 2021 child tax credit if you have a baby this year. However, you still might not get monthly advance payments for the child because the IRS doesn’t know about your new bundle of joy. The tax agency is looking at previous tax returns to see who is eligible for monthly payments. If they don’t see a child on your 2020 or 2019 return, whichever was filed most recently, they’re not going to send you monthly payments.

If you used the IRS’s “Non-Filers: Enter Payment Info Here” portal last year to claim a first-round stimulus check, your monthly payments will be based on the information you provided through the tool. However, if you didn’t use the non-filers tool last year and you want to receive monthly payments, you need to use the new Child Tax Credit Non-Filer Sign-Up Tool, file a “simplified” return or zero AGI return using the IRS’s special procedures, or file a normal 2020 tax return. If you don’t act now, you won’t receive any advance child tax credit payments

You can’t claim the child tax credit, or get monthly payments, for a kid who doesn’t have a Social Security number.

If the IRS looks at your ex-spouses 2020 tax return and sees that he or she claimed your child as a dependent on that return, your ex is going to get the monthly child tax credit payments starting July 15 – even if you will claim the child as a dependent for 2021. You’ll be able to correct this when the IRS updates its Child Tax Credit Update Portal later this summer, but until then you won’t see any advance payments. Once you revise your information in the portal, the IRS will adjust your estimated 2021 child tax credit and start sending you monthly payments.

To receive monthly child tax credit payments, you (or your spouse if you’re filing a joint return) must have your main home in the U.S. for more than half of 2021 or be a bona fide resident of Puerto Rico for the year.

A child tax credit is a tax credit for parents with dependent children. The credit is often linked to the number of dependent children a taxpayer has and sometimes the taxpayer’s income level. The Child Tax Credit reduces tax liability for parents with dependents and assists families in escaping poverty. The TCJA temporarily increased the credit’s maximum amount, refundability, and phaseout limits, allowing more filers to claim a larger credit per dependent on earned income. Ongoing discussion among policymakers and scholars surrounding the credit’s efficacy should consider the expiration of these expansions set to take place after 2025 along with the interaction between the CTC and other credits such as the EITC and CDCTC. 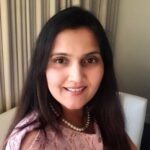 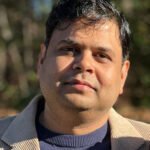 We understand that every client comes to us with a unique set of circumstances and we always take time to listen to your specific accounting needs.